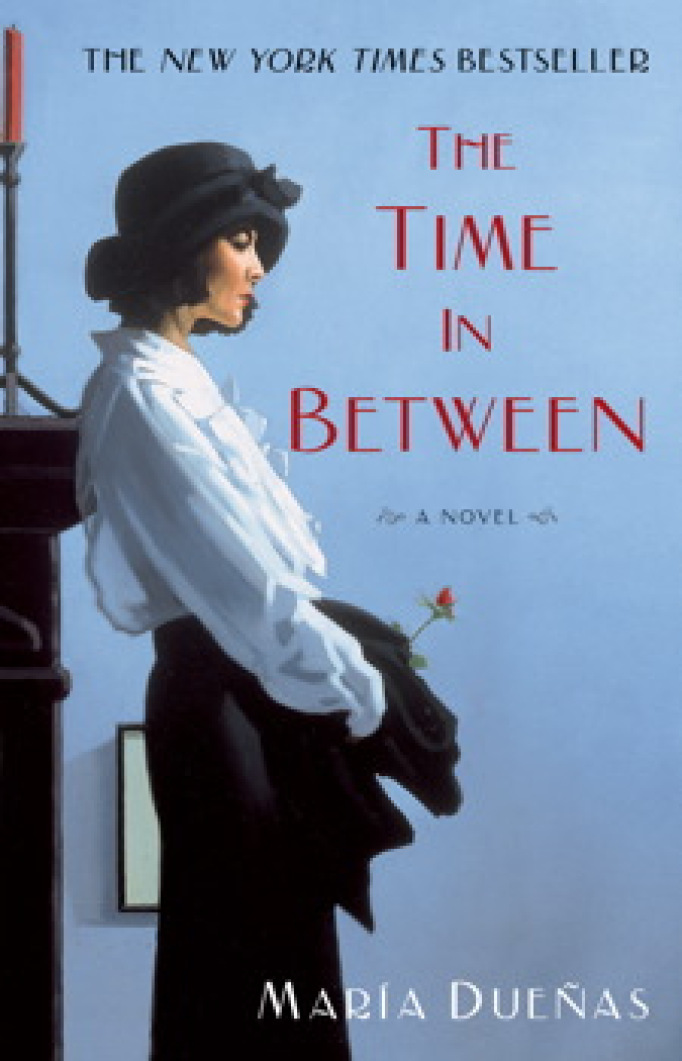 It’s been pouring rain all day for the past two days, with dipping temp’s, thunder & sleet adding to the mix, getting back home, having a cup of hot chocolate & then an early dinner seems to be the norm these days! Wanting to step out of monotony of the daily grind, and escape into the world of books & movies,I stumbled into this TV series called, ‘The Time in Between” while I was randomly browsing through the different Genre’s Netflix had lined up for the season.This helps me unwind & relax after a long day …. Thank God for those authors & movie makers, who know what souls need on a cold wintery  gloomy rainy days like the one we are having presently, you are transformed into a different world altogether,the soul needs no better balm .This is an absolutely delightful must watch movie/ TV series, for those of us who grew up liking spy stories mixed with a bit of romance, courage, adventure & thrill.

It’s a Spanish movie/TV series with English subtitles. This being a month celebrating everything romantic,this movie certainly fits into the category of a beautiful romantic period piece, filled with scenes that impact your life in a way, that you begin to see things differently.The series is ideal for learning a bit of history through fictional characters and the costumes and  the era’s social life is quite captivating.The acting is amazing, filled with a very talented cast. Filmed on location in some of the most beautiful parts of the world, this movie makes you feel like you belonged there.

This series is a gem(Spanish with English subtitles),filled with superb acting and great location shots. It is set in Spain during WWII. The main character is smart, courageous, resilient & gorgeous. She’s a seamstress who creates stunning haute couture dresses along the lines of Grace Kelly and Kate Middleton. Her clients are some of the richest & most powerful of European society, so it makes it fun, if you enjoyed reading books from that era as a child. The film is set in the late 30s & early 40s, so there are gloves, hats, coordinated bags & heels … pure class & style all the way. But that’s just the flash. The story itself starts out slowly, but develops, along with the characters, from a poor dressmaker’s shop into intriguing emotionally charged war time espionage excitement, showcasing classic cars & incredible Moroccan & Spanish architecture & decor. For those of us who love different cultures and learning about people & places from different backgrounds & wonder what makes them who they are, this is a real treat. A fun fact is that the main character, “Sira”, is a dressmaker and the show was such a hit, sewing machine sales in Spain rose 197%! , watching this movie I slowly caught myself thinking, what a gift it is to learn to make your own dresses…..there are so many skills out there for us waiting to be learnt, me thought 🙂

“Sira”, the dressmaker rescues her mother from Madrid during the General Franco’s rise to power and relocates to Morocco. She develops a clientèle in her dress shop among the German officers and gains a valuable foothold in social circles associated with the women. While the allies battle for influence in Spain, they recruit her to do undercover work in an effort to keep the Nationalists from joining Hitler. She translates messages through Morse code in the way she stitches clothing, a rather clandestine plot ensues with a number of interesting twists. The story lines not  only captivates your attention but you are able to go back in time and relive  amidst some history  which you probably read only in the books.

If you loved spy stories as a kid this one’s definitely for you, I remember being captivated by the likes of Sherlock Holmes & Alfred Hitchcock growing up, so an unexpected twist in the plot always excites me wondering what the next episode would unravel, this certainly did it ,leaving you wanting for more.The acting is amazing, filled with a very talented cast.Adriana Ugarte is absolutely wonderful and makes this an exceptional adventure.

This Spanish series was inspired by a book with the same title written by Maria Duenas,

The inspiring international bestseller of a seemingly ordinary woman who uses her talent and courage to transform herself first into a prestigious couturier and then into an undercover agent for the Allies during World War II.

Between Youth and Adulthood…

Watched the series before the book, planning to read the book one of these days, meanwhile hoping you enjoy watching it too 🙂