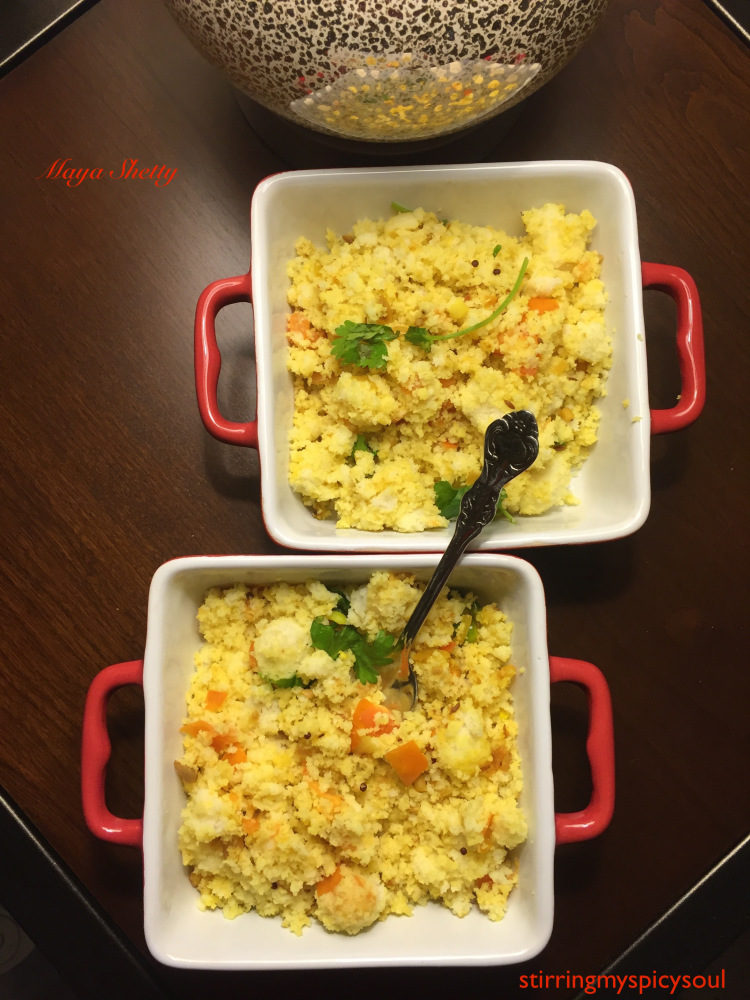 The mere mention of Idli’s gets a South Indian all misty eyed even on a cold wintery afternoon in the Midwest………….. to me,it happens  every time, I hear the word “Idli” (South Indian  for steamed Rice dumplings), so yesterday when a Danish friend who is married to an Indian, asked me about the  recipe/steps involved in preparing Idli’s from scratch, I broke into a nonstop monologue about the joys of eating Idli, in it’s varied ‘avatars’ …. intrigued, she listened patiently, then said, “I’m HUNGRY, now!” We laughed about it & I forgot all about the discussion, until I returned home,in the evening.

It was a cold wintery day,my little one seems to have caught the sniffles from school & was coughing .To say I was bone tired is an understatement, after fighting the crazy traffic on my way back home, I’d have settled for the  innocent looking Idli’s I had made in the morning  that stared at me from the hot pack for dinner too,but when my kid said, “Amma , can you make something spicy for me, so my throat feels a little better ? “, I couldn’t help but,put on my thinking cap quickly, what could I do  in a jiffy,to fix his  achy throat & my tired body, making do with what I had handy ?? Ah! Idli ‘Upma’ it is!!!  – A light bulb moment there !! Yes, certainly, I can fix dinner in a flash, I thought aka tiffin/dinner combo like they do it in South India, where I grew up. Lo! and behold dinner was prepared in less than 5 minutes  & had, in even lesser time than that.All is well !

An easy way to make Idli ‘Upma’ is to use leftover Idli’s from the morning or the  previous day, all one has to do is powder the idli’s, with one’s fingers into smaller bits     ( leftover Idli’s are best for this, since they have lost their moisture & softness & are a little dry, which works perfectly for this dish ) .Years ago, I remember talking to a North Indian friend about the art of making Chapati’s  (Indian Flat breads) as I watched her prepare them so quickly, for lunch , it was their staple food each day. She jokingly said, “That’s anger management at it’s best, we put all the energy into beating that dough up & kneading & twisting  it for stressful energy release”…….you could say I used the same principle for powdering the Idli’s last evening and it worked like a charm.Ah! there goes the one who cut me off in the traffic today, I though as I crushed one more Idli to pieces. Here’s to Idli Power & Boy! did the dish turn out perfect ! May the force be with you 😀