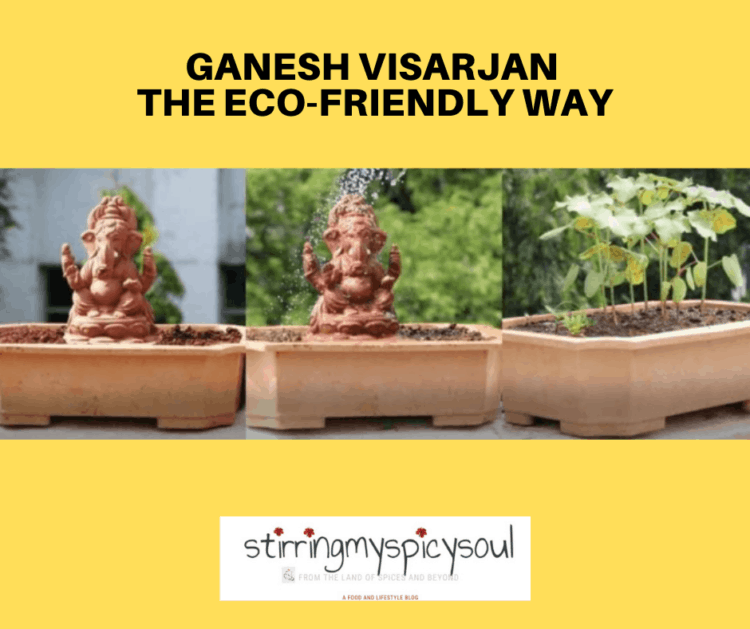 After the 10-day-long extravaganza of Ganesh Chaturthi festivities, which commenced on 10th September, comes Anant Chaturdashi or Ganesh Visarjan on 19 September, marking the end of the auspicious Hindu festival.

Celebrated on the fourteenth day of the lunar fortnight, Ganesh Chaturthi is concluded seeking blessings of the elephant-headed God.After we host him, he returns to his abode leaving blessings behind.

After the celebrations, it is time to accept the eternal cosmic law that which took form has to become formless again.

The Tradition of Visarjan

Visarjan is sanskrit means dispersal, unto earth we must all return one day. The ritual of Visarjan teaches us a beautiful truth of detachment and acceptance.

The word’ Visarjan’ implies immersion. On this day the immersion of Lord Ganesha’s idol takes place in a river, sea or water body.

On the first day of the festival, the devotees mark the beginning of Ganesh Chaturthi with the placement of Lord Ganesha’s idol in their homes, public places and offices. On the last day, the devotees come out in processions carrying the idols of their beloved God and perform immersion/Visarjan

In Hinduism, we believe, Ganesha, The Elephant God returns to his heavenly abode, only to be reborn again in a different form, just like the human body.

Now, the point of Visarjan is to send the clay or mud back to water.

Where does the rain-water fall? On to the earth.

From earth which is watered, come crops. From crops comes the anna, food. From anna comes the human body. So in way, the whole journey of form starts right from the earth.

The belief behind immersing the Ganesha idol

Ganesha, who is also known as the Lord of New Beginnings, is also worshipped as the Remover of Obstacles. It is believed that when the idol of the Ganesha is taken out for immersion, he also takes away with him the various obstacles the members of the home encountered during the year and these obstacles are destroyed along with the visarjan.

Just as we waited with great anticipation to celebrate the festival of Ganesha, the God of good beginning, we pray that he who is also the Remover of Obstacles, will shower us with his blessings and wipe out all the struggles from our lives.

May his grace and blessing be with us at all times .