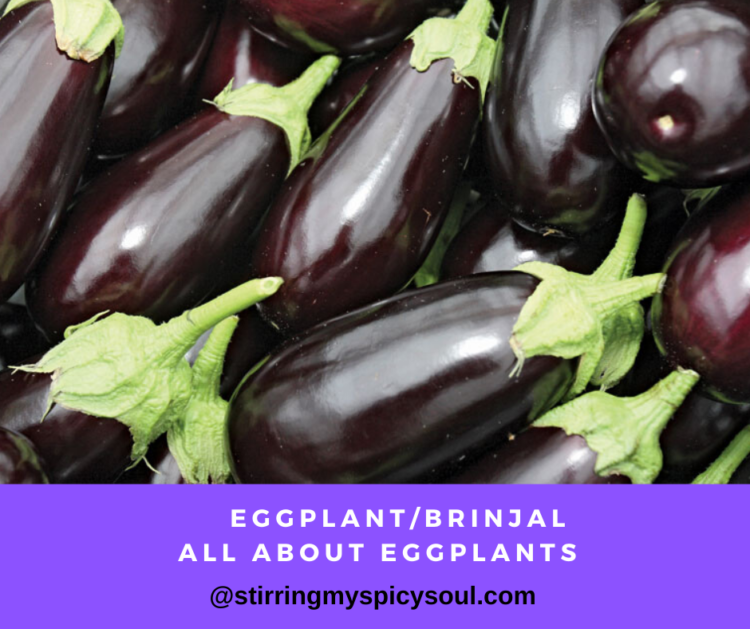 Eggplant (US, Australia), Aubergine (UK), or Brinjal (South Asia and South Africa) is a plant species in the nightshade family Solanaceae. Solanum melongena is grown worldwide for its edible fruit. Most commonly purple, the spongy, absorbent fruit is used in various cuisines. Although often considered a vegetable, it is a berry by botanical definition.

How did the Eggplant travel to America?

Originating from the Indian subcontinent, the brinjal/eggplant/aubergine made its way around Asia traveling to Europe and North Africa via the Mediterranean Sea.It was believed to cause insanity and death there. It finally made its way to America. Here in America, it was used as a table ornament until the 1900’s, until someone found the perfectly crafted eggplant parmesan. The rest is history.

Why is it important to introduce this amazing vegetable?

Stewed, roasted, braised, steamed, deep-fried, stir-fried, battered, grilled or stuffed, the meaty eggplant has a light, earthy taste when cooked. This quality of the eggplant makes it perfect vegetable to carry a variety of flavors and any number of cooking methods and techniques.

While the eggplants are now a staple in the American grocery aisle, they’re still not getting all the attention they so rightly deserve on the American dinner table. They are a versatile vegetable, a great substitute for meat.They can absorb large amounts of sauces, fats, and flavors.What’s more they are super low calorie food!

What are the different varieties of Eggplants?

How to pick the right eggplant?

How to store the eggplants?

What is the nutritional value of an eggplant?

Why are eggplants called eggplants?

The name of eggplant was given by Europeans in the middle of the eighteenth century because the variety they knew had fruits that were the shape and size of goose eggs. That variety also had fruits that were whitish or yellowish color rather than the wine purple that is more familiar to us nowadays.

Do you soak eggplant before cooking?

Soak eggplant slices or cubes in milk for about 30 minutes before cooking. The milk not only tempers the bitterness, but it actually makes for eggplant that is extra creamy, since the vegetable acts like a sponge and soaks up a good amount of milk in its flesh.

Why do you soak eggplant in salt water?

Many recipes call for salting and rinsing eggplant before cooking it to draw out its bitterness. … This technique of soaking sliced or chopped eggplant in salt water is particularly useful when making grilled eggplant

Some of the links to my previously published recipes with eggplants are listed below for your interest.