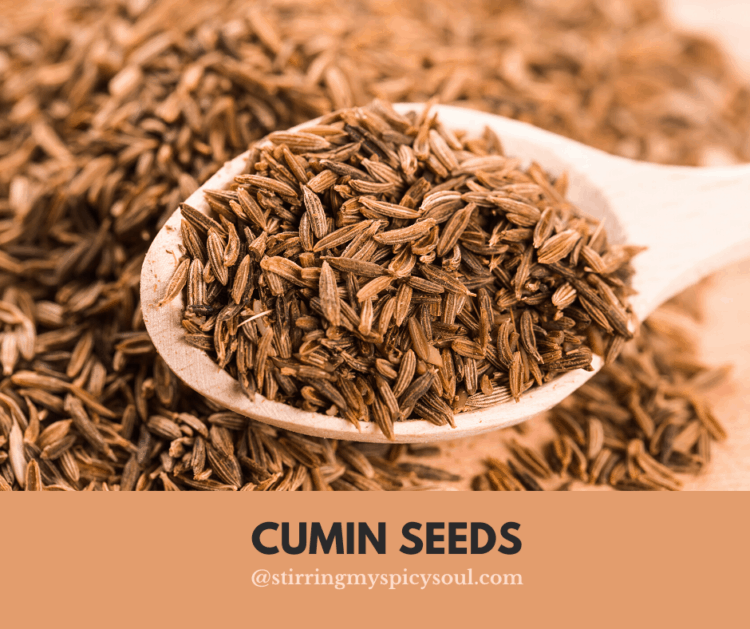 Cumin is the dried seed of the herb Cuminum cyminum, a member of the parsley family. Cumin is one of the most consumed spices right after chiles and peppercorns and has many uses in cooking. It is a staple spice in many food cultures, particularly Mexican, Indian, African, and Asian cuisine.

It belongs to a group of flowering, aromatic plants known as Umbelliferae or Apiaceae (that also includes celery, carrots, and fennel).

It is native to Asia, Africa, and Europe.Currently, more than 50% of all cumin comes from India.

The use of its small, oblong seeds, both whole and in powdered form, goes back to ancient Greek and Roman times. It became a staple in both Mexican and South American cuisine after the arrival of Spanish and Portuguese colonists.

Is Jeera the same as cumin?

‘Jeera’ is the Hindi word for cumin seeds. They both mean the same. Jeera is a popular spice used in Indian cooking.It’s a good source of iron and is helpful in digestion.

How much cumin can you take daily?

Cumin is considered to be highly safe and generally nontoxic, even in larger doses. The typical dose of cumin as an herbal supplement is 300 to 600 milligrams per day.

Are there any side effects in consuming cumin?

Some evidence has been found that it can suppress testosterone levels in men and may also trigger miscarriage.

How is whole cumin and powdered cumin used in cooking?

The strong, earthy, slightly spicy flavor of cumin is available either freshly ground or as whole seeds.

In Indian cooking, whole cumin seeds are fried in a little oil (refered to as Oggarnae/ Thalichu/Tadka) for tempering of spices before creating a dish.

Other cultures employ whole cumin seeds in cooking sausages, pickles, sauerkraut, soups and breads. Others to season tamales, barbecue sauces, and burgers.At most good French restaurants, mild cheeses are served with a little dish of cumin seeds and pepper.

Cumin seeds are toasted dry in medium heat and then ground to a fine powder to be used in marinades and stews, thus boosting the aromatic character of a dish.

In the ground form it can also be used in many spice blends and is an important ingredient in ‘garam masala‘ the Indian spice blend.

How to toast cumin seeds?

Toast the cumin seeds in a dry heavy skillet over moderate heat, swirling the skillet for 2-3 minutes, until the cumin seeds turn several shades darker.They will begin to pop and a sweet aroma would fill your kitchen, that’s when you know you are done toasting.

Pulverize the seeds in a coffee or spice grinder to make freshly powdered cumin powder. It will enhance the taste of the dish you are cooking since it is freshly ground.

What Spice Blends include cumin?

Noted for its versatile and subtle floral heat, ground cumin is a prominent addition to many spice blends across the Mediterranean, Asian, Middle Eastern, and North African diaspora. It can be found alongside black pepper, coriander seeds, chilis, and turmeric, and much more in chili powder, garam masala, curry powder, bahaarat, berbere, as well as some achiote blends and adobos.

What Is the Difference Between Cumin, Nigella, and Caraway Seeds?

While whole cumin seeds and caraway seeds look very similar, cumin is typically lighter in color and has a sharper, warm spice note rather than the cool, dark zing of caraway that evokes the flavors of rye bread and dill pickles. Nigella seeds are sometimes referred to as black cumin seeds though the seeds are not related. The small, jet-black nigella seeds are savory like caraway and cumin, but have a uniquely herb-y and onion-y flavor profile.

Jeera/Cumin water also referred to as Jal jeera in Hindi, Jeera vellam in Malayalam can be used as a natural remedy for various health problems and is one of the healthiest drinks.

Jeera water is one of the most common solution for indigestion.It is believed to promote lactation during pregnancy.When Jeera water is had in empty stomach in the morning it helps in weight loss.

Jeera water may jump-start your metabolism and help balance blood sugar, in addition to boosting your hydration.

Can you drink cumin water daily?

What are the health benefits of cumin?

Cumin has many evidence-based health benefits. Some of these have been known since ancient times, while others are only just being discovered.

Ready to cook with cumin?

Try making this simple yet delicious Jeera Rice recipe here. Share your thoughts in the comments below.