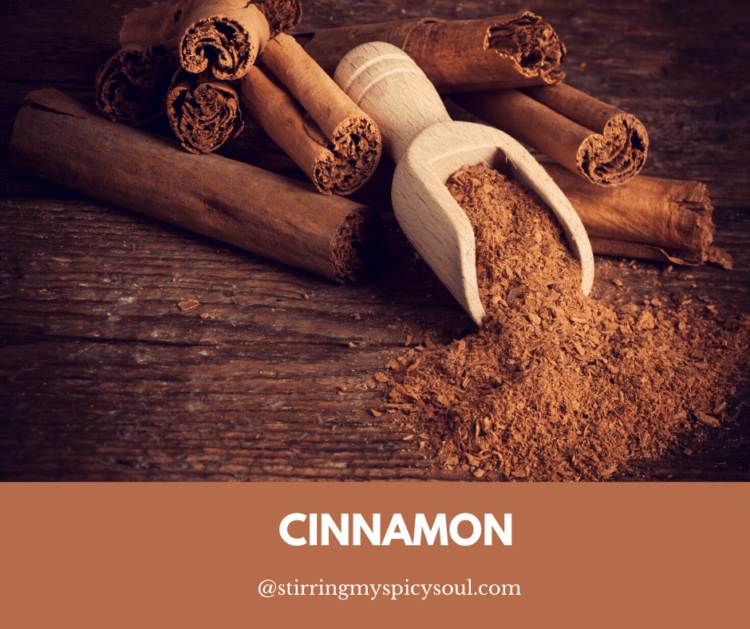 Cinnamon is a spice harvested from the inner bark of the Cinnamomum tree.

Strips of the inner bark are dried until they curl into rolls known as cinnamon sticks or quills. These can then be ground into powder or made into an extract.

The unique properties of this spice come from its essential oils and compounds, particularly cinnamaldehyde .

This compound gives cinnamon its flavor and aroma, and is also responsible for many of its health benefits.

What are the 2 different types of Cinnamon?

Most people don’t realize there are actually two main types of this Cinnamon spice.

It originated in Southern China and is also known as Chinese cinnamon.Many subspecies of this kind are now grown in Eastern and Southern Asia.

Cassia tends to be a dark brown-red color with thicker sticks and a rougher texture than Ceylon cinnamon.

Cassia cinnamon is considered lower quality, less expensive and is the type most commonly consumed around the world. Almost all cinnamon found in supermarkets is the cassia variety.

Cassia has long been used in cooking and in traditional Chinese medicine. Roughly 95% of its oil is cinnamaldehyde, which gives cassia a very strong, spicy flavor

Ceylon, or “true cinnamon,” is native to Sri Lanka and southern parts of India.

It’s made from the inner bark of the Cinnamomum verum tree.

Ceylon Cinnamon is tan-brown in color and contains many tight sticks with soft layers. These features provide a highly desirable quality and texture.

Ceylon cinnamon is less common and has long been prized as a cooking spice. It is quite expensive compared to the more common cassia variety.

It’s described as having a delicate and mildly sweet flavor suitable for desserts.

Approximately 50–63% of its essential oil is cinnamaldehyde, which is quite low compared to cassia. This explains its milder aroma and flavor

How do we use Cinnamon?

Cinnamon, the warm sweet spice we are so familiar with can be bought dry as cinnamon sticks or ground into a powder. Both have their uses.

Cinnamon sticks are used commonly in Asian and Middle Eastern cooking along with other spices .Spices like cardamom, cloves, star anise along with cinnamon are used to flavor meat dishes, stew & fragrant festive rice in Indian cooking.

The ground cinnamon powder is convenient for baking recipes and in often swirled into porridge.It is such a common ingredient in desserts and puddings as well.

Apples and cinnamon are a diamond duo in the American Fall recipes that involve baking.While cinnamon sticks also works well with spices like ginger, be it gingerbread cookies or spicy Indian curries. It is not uncommon to find them in mulled wine either.

Some enjoy adding cinnamon to their tea too!

People can also use cinnamon essential oil and supplements.

Cinnamon Essential Oil is reputed to calm dry skin, effectively alleviate aches, pains, and stiffness in the muscles and joints, address acne, rashes, and infections, enhance circulation, nourish the skin, slow the look of aging, and revive the skin tone

How are you planning to use cinnamon in your cooking? Would love to hear about it in the comments below.