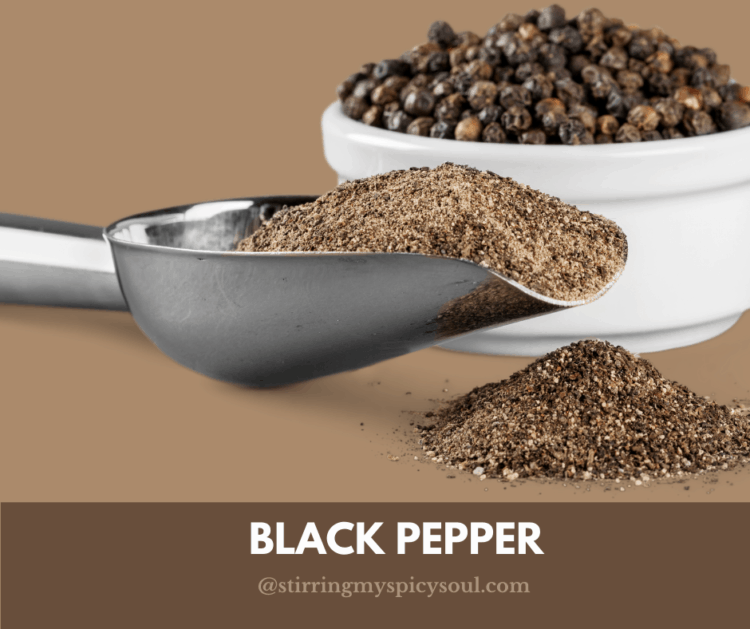 What is Black Pepper?

The King of spices, Black pepper (Piper nigrum) also called Pepper. It is a perennial climbing and flowering vine in the family Piperaceae. It is cultivated for its fruit, known as a peppercorn, which is usually dried and used as a spice and in seasoning dishes.

Where are pepper plants grown in the world?

The plant requires a long rainy season, fairly high temperatures, and partial shade for best growth. Propagation is usually by stem cuttings, which are set out near a tree or a pole that will serve as a support. Pepper plants are sometimes interspersed in tea or coffee plantations. They begin bearing in 2 to 5 years and may produce for as long as 40 years

The vine is native to India but is grown in nearly every tropical region. Vietnam currently grows and exports the most black pepper, totaling around 35% of the world’s supply, followed by India, Brazil, China and Sri Lanka. In India, black pepper is native to the Malabar Coast of India and is one of the earliest spices known.

Used in practically every single style of cuisine imaginable pepper, the hotly pungent spice is the most traded spice worldwide and makes up 20% of the world’s total spice trade. In fact, the black pepper trade is worth billions of dollars annually!

The black pepper plant is a woody climber and may reach heights of 30 feet by means of its aerial roots. Its broad shiny green leaves are alternately arranged. The small flowers are in dense slender spikes of about 50 blossoms each.

The green, wide-leafed vines grow long tendrils where cylindrical clusters of the berries ripen. The fruits are small containing a thin skin, very little actual fruit, and a single large seed.The fruits, which are sometimes called peppercorns, are drupes* about 5 mm (0.2 inch) in diameter. They become yellowish red at maturity and bear a single seed.

*Drupe in botany, is a simple fleshy fruit that usually contains a single seed.

The fruits are picked at varying degrees of ripeness depending on the strength and type of pepper desired and then processed accordingly.

The three different kinds of peppercorns namely the Black, White, and Green peppercorns are all the same fruit, but treated differently.

Note : Various plants called pepper, including the pepper tree (Schinus molle), the pepper vine (Ampelopsis arborea), and the sweet pepper bush (Clethra alnifolia), are grown as ornamental plants and are not used as spices.

The main active ingredient in black peppercorns is piperine, which is the source of black pepper’s characteristic heat. The seeds also contain Chavicine, Piperidine, and Piperettine. Aside from heat, black pepper also carries a complex flavor profile of piney, citrusy notes.

The odor of black pepper is penetrating and aromatic; the taste is hot, biting, and very pungent.

Among hot spices, black pepper delivers only a fraction of the heat you get from chili peppers. That subtle bite means it plays well with many other ingredients, enhancing, but rarely overpowering other flavors.

To amplify the complexity of black pepper and not only the piperine heat, use other spices and herbs that balance and complement black pepper’s inherent flavors.

When the above herbs and spices are used in harmony with black pepper, it enhances the flavor of black pepper in the dish.It is important to understand the subtle complexity of black pepper as a spice.By adding more black pepper to a dish, eventually the heat from the piperine becomes the main flavor.

Ground black pepper has the aromatic flavor of Capsicum peppers but not the pungency, due to the essential oil (3 %) it contains.It adds an earthy kick and sharp aroma when blended into soups and stews, sprinkled on omelets or rubbed on meat to season it before cooking.

Black pepper is a must-have for bakers, too, and appears in recipes for biscuits, breads, cake and cookies.

White peppercorns are primarily used in the preparation of light-colored dishes, such as white sauces, for aesthetic reasons. It is also used in Asian and Swedish cuisines for its unique flavor.

Which black pepper granulation is right for you?

Note : Black Pepper is one of the first spices to be used as a food preservative and additive.Salt is generally a more effective preservative because it can dry out and cure foods, but black pepper does offer some antimicrobial properties that can be beneficial for food preservation.

What are the nutritional benefits of black pepper?

Black Pepper packs a lot of nutrients. Calcium, iron, manganese, and other vitamins and minerals are found in pepper.

What are the health benefits of black pepper?

1. To prevent cancer: The piperine in black pepper can be credited with the prevention of cancer, and becomes twice as potent when combined with turmeric. The spice also has Vitamin C, Vitamin A, flavonoids, carotenes and other anti-oxidants that help remove harmful free radicals and protect the body from cancers and diseases. The best way to consume black pepper and to harness maximum benefits is to eat freshly ground pepper, and not cook it along with food.

2. Stimulates digestion: The piperine in black pepper, stimulates the stomach to produce more hydrochloric acid, which aids in digesting proteins in our food, thus playing a role of easing digestion. So a bit of pepper in food will actually help you to digest it faster.Pepper also has a limited usage in medicine as a carminative (to relieve flatulence).

3. Relieves cold and cough: The antibacterial properties of black pepper helps to cure cold and cough. A teaspoon of honey with freshly crushed pepper does the trick. It also helps to alleviate chest congestion, often caused due to pollution, flu, or a viral infection. You can add it to hot water and eucalyptus oil and inhale the steam. And given that black pepper is rich in Vitamin C, it also works as a good antibiotic.

4. Enables weight loss: You might not want to believe this, but black pepper is brilliant when it comes to extracting nutrients from food. The outermost layer of black pepper contains phytonutrients, which helps to break down fat cells, and also increases metabolism. If you eat fresh pepper, and begin to perspire, that’s the pepper helping your body to get rid of excess water and toxins. Do not overdo it, just a pinch of black pepper with your meal is enough to do the trick.

5. Improves skin: Did you know that crushed pepper is one of the best exfoliators nature has provided us? Don’t use it directly though; add a bit of honey, curd, or fresh cream to it. It also enables blood circulation, and provides the skin with more oxygen. Adding it to your food also takes care of unwarranted skin wrinkles. Black pepper is known to help in the cure of Vitiligo, a condition where the skin loses pigmentation, and creates white patches.

6. Addresses depression:The piperine in black pepper supposedly helps  deal with depression. It stimulates the brain and keep it more active.

Black pepper is a spice indigenous to South India. It is commonly used in most of our dishes to give food its gentle warmth and stimulate the appetite.

The use of black pepper in South Indian cooking is limitless.

Its flavor diminishes during cooking, so it’s best to season dishes towards the end of cooking or at the table.

Black Pepper is a condiment that has been partnered with salt on Western tables for hundreds of years. It adds a flavor of its own to dishes, as well as enhancing the taste of other ingredients.Peppercorns can be used whole, crushed or ground to add heat and flavor to cooking.

Light crushed and cracked peppercorns are mostly used in Western cooking. The light crushing releases the fragrant spiciness.The use of pepper in the Western cooking is mainly for

Note : Most cooking experts will recommend that you cook pepper as less as possible. Freshly ground peppercorns have much more flavor and are beneficial for health than ready-ground pepper. Investing in a good pepper grinder would be a wise choice.

What are the side effects of black pepper?

When it is used as a spice in cooking or in supplements (up to 20mg of piperine is being used) it is considerably safe.

How to store black pepper?

It is best to store it in a cool, dry and dark place to enhance its flavors & longevity and take maximum advantage of its health benefits.

Fun Facts -Did you know?

Now that you have heard all about the spice Peppercorns, its nose tingling aroma, the gentle warmth it imparts to a dish, are you going to try to make good use of its “hidden in plain sight” flavor?

Do share your recipes and how you have used black pepper in them, in your comments below.