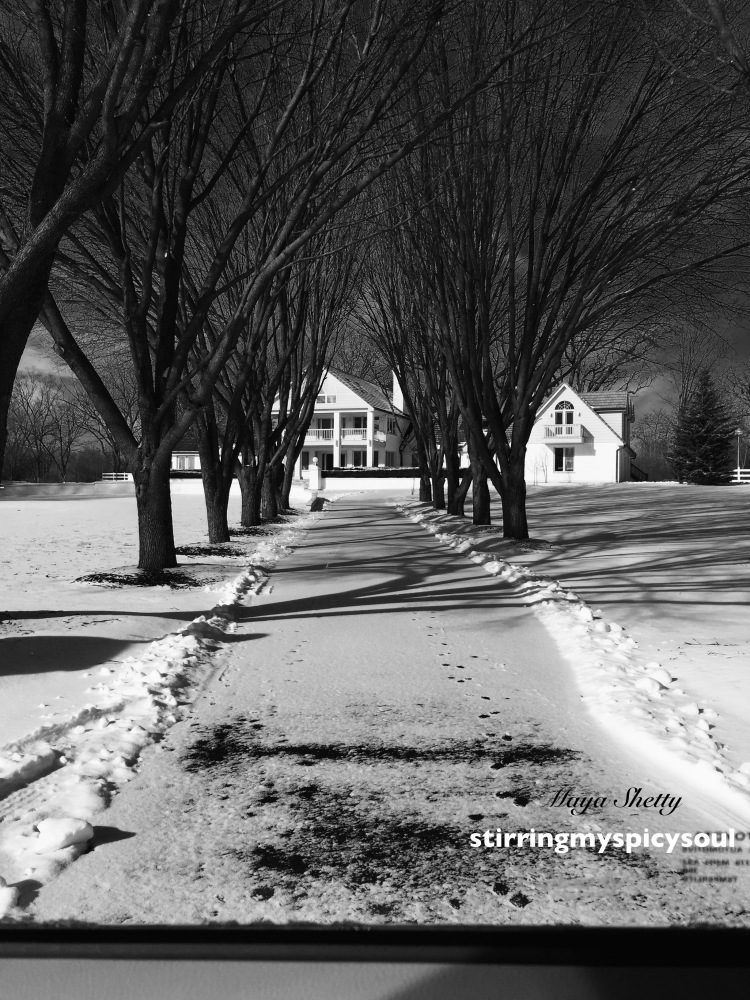 The sun was out after days and days of cloudy skies, soaking in the sun seemed to be the  best thing to do, irrespective of the snow still fresh on the ground….

Things are calling me away.

My hair is being pulled by the STARS again “

….and that is EXACTLY what I did, stepped out  with the bunnies !

“Two roads diverged in a wood and I

I took the one less travelled by

and that has made all the difference”

I continued along the wooded path…..

“The woods are lovely, dark and deep,

But I have promises to keep,

Suddenly something out of a Sherlock Holmes mystery, greets me on my path……

…….I stop by to look at the snow laced trees, in a few days that would have melted, seems
like  Spring ,is tiptoeing on other parts of the country or so I am hoping…..

….and then totally unperturbed by the seasons, they graze the now  snow filled fields filled
with grace !