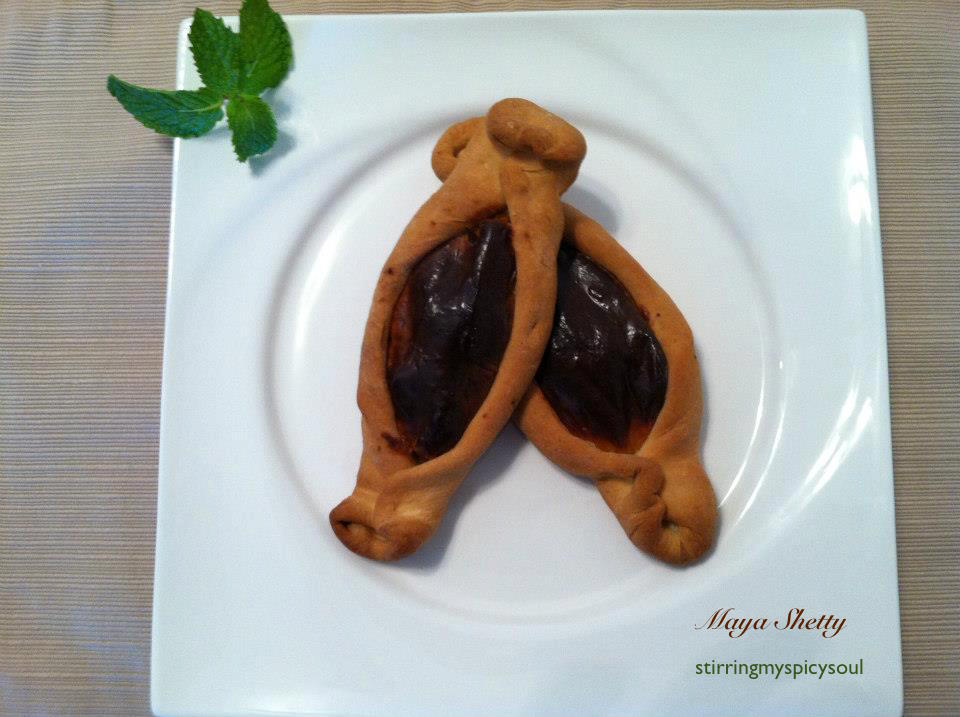 October is the official month of Apples when they are in their peak season.Glorious round ,red & green & crunchy ones.What is more autumn than that? Autumn is the season of crisp air, colorful falling leaves, mugs of cider, football and apple picking.So here I was with a basket full of apples wanting to create something beautiful with them,thats when I read an article a dear friend wrote about merging cultures, so I gave my twist to the culinary blend of cultures & came up with my own version of “Fatayer apple jebneh”.Have you heard of the phrase”As American as an Apple pie” well this is the same apple pie rowing down the gastric river, in Lebanese cheese boats.
” Fatayer el jebneh” are Arabic cheese pastries, one finds in any Middle Eastern cafes around the world,they make impressive party appetizers or great portable snacks .They are great for breakfast or with your evening coffee.The weather has been dull & cold,if not for the lovely changing colors of the fall leaves,it might be a dreary day,what better way to cheer oneself up than bake those delicious pastries & have the aroma of cinnamon & apple & cider surround you with their magic & warmth, so here I was experimenting, blending the two cultures with food & sure indeed they tasted yummy.
P.S: Nobody said an Apple pie has to be served the way they are, sometimes its fun letting them float in boats too:)